We don’t hear as much about baby boomer stocks to buy these days since the conversation has turned to millennials, the new topic du jour. However, with bond yields moving higher and more experts suggesting the secular bull market in bonds is over, it’s time baby boomers nearing retirement reconsider how much they de-risk their portfolios.

“Measured against interest rates, stocks actually are on the cheap side compared to historic valuations,” Warren Buffett said in a recent interview. “But the risk always is that interest rates go up, and that brings stocks down.”

Yes, you’ve got to keep an eye on not putting too much into stocks, but for my money, they’re still a better investment for baby boomers than heavily investing in bonds, especially if bond yields move considerably higher.

Regardless of millennials taking the spotlight away from the baby boomers, it’s still important to factor in the aging population in some of your stock picks.

Here then are ten red-hot baby boomer stocks to get you to, and through, retirement. 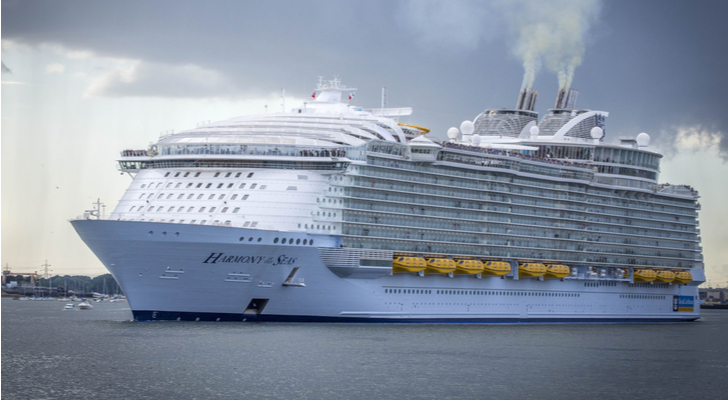 Most people with significant savings tend to travel a lot more in the first ten years of retirement than the next ten years. The oldest baby boomers are now 72 years of age meaning they probably have a few years of travel still left before they put away the suitcases away.

One company that will benefit from the changing demographics is Royal Caribbean Cruises Ltd (NYSE:RCL). Cruises have always been of interest to retirees but now have also become a favorite travel activity of millennials, which means that business could continue to get better and better for the Miami-based company.

“ASTA [American Society of Travel Agents] polled 1,522 people in the U.S. aged 25 to 70 on their travel habits and preferences for The 2017 ASTA How America Travels National Study conducted by PSB,” wrote Skift Magazine in a May 2017 article. “This is the real shocker from the report: more millennials ‘strongly like’ cruising than boomers or Gen Xers. More than four in five millennials who have cruised had a good time, which is truly surprising.”

Boomers might be growing bored of cruising but millennials appear willing to pick up the slack. RCL stock is up 31% annually over the past five years and already up 27% this year. I’d expect that this momentum will carry on for a few more years. 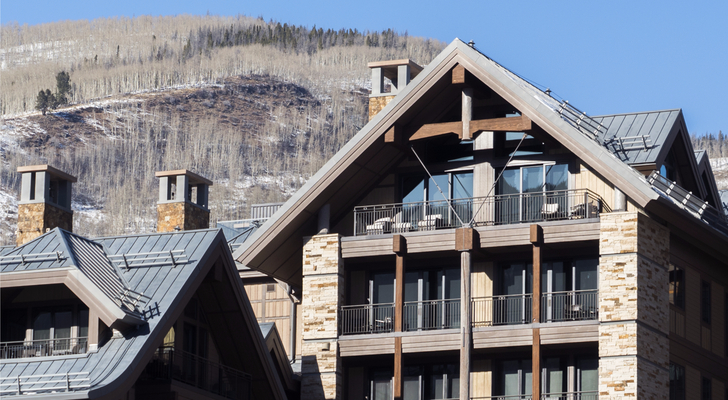 For every baby boomer who might be into cruising, there’s another one who still keeps fit by skiing down a mountain. I can remember my aunt and uncle skiing well into their late 60’s and early 70’s in Quebec until their bodies could no longer take the stress.

Many of today’s boomers are in excellent shape, making it possible to ski into their 80’s and possibly beyond. Also, many have chosen to work past 65, not necessarily because they have to, but because it beats thinking about what to do every day to pass the time.

“When Social Security was introduced, the average life expectancy was only 61 years, so most people who made it to retirement were only retired for a very short time.” wrote Scott Hanson in Kiplinger. “Today, a healthy 65-year-old man has a 25% chance of living to be 89 (90, for a woman). If you retire at 65, you might have a 24-year (or more) retirement.”

Therefore, a company like Vail Resorts, Inc. (NYSE:MTN), one of the world’s largest operator of ski resorts, is going to get a lot of business from baby boomer retirees in the future that it wouldn’t have gotten ten or even five years ago.

The chairlift that is MTN stock has got a long way to go before investors need to get off. 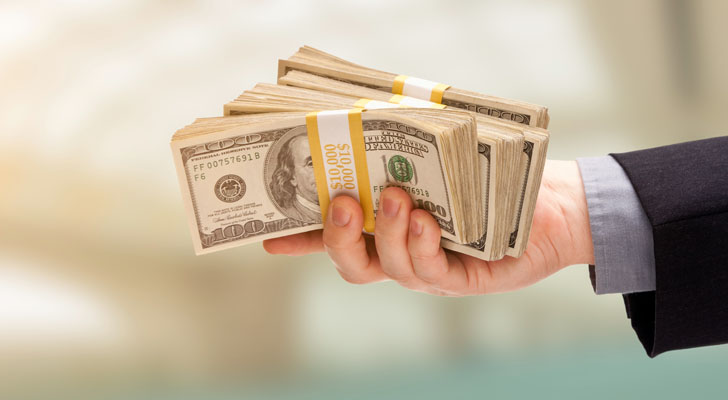 I long have recommended investors buy Ameriprise Financial, Inc. (NYSE:AMP) stock because it was being valued as an insurance company even though over half its operating income was from asset management activities.

That recommendation didn’t even consider the financial planning needs of the large group of baby boomers that would be turning 65 over the next 20 years.

Ameriprise currently has $131.8 billion assets under management at the end of 2018 in an industry that’s expected to grow assets 5% annually on a global basis to $90 trillion by the end of 2020 with a significant chunk of that in the U.S. and Europe where AMP has a major presence.

Younger boomers like myself are especially in need of the services Ameriprise provides. Why not buy its stock and get back some of the fees you’ll pay for financial planning? 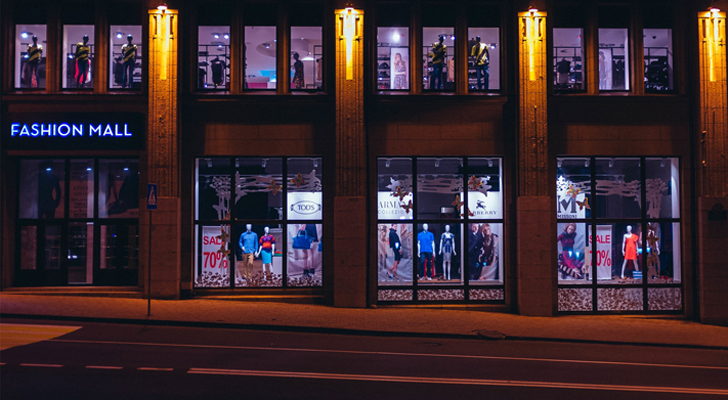 Bill Ackman was the largest shareholder in Howard Hughes Corp (NYSE:HHC) until he sold 2.5 million shares in late December and early January. Now holding 5.1% of the real estate investment trust that got its start way back in 1950 when Howard Hughes acquired the lands that would become the Summerlin master-planned community (MPC), Ackman’s likely headed for the exit.

But that doesn’t mean you shouldn’t buy and hold. HHC has an excellent group of assets that provide it with a three-pronged plan for growth.

First, we have the MPCs, something that will be very popular with baby boomers looking to slow down a little. HHCs five MPCs have 11,000 acres of saleable residential and commercial land at prices between $200,000 and $1 million an acre which puts the MPCs uninflated value at $4.6 billion.

Secondly, it has 50 million square feet of future developments that are paid for, in part, by the sale of land at its MPCs.

Finally, it owns 7.6 million square feet of retail and office space, multifamily apartment buildings with 2,600 units and approximately 1,000 hotel rooms. These are all operating assets that provide cash flow to the business to spur future development.

It’s a trifecta of growth that’s hard to beat. 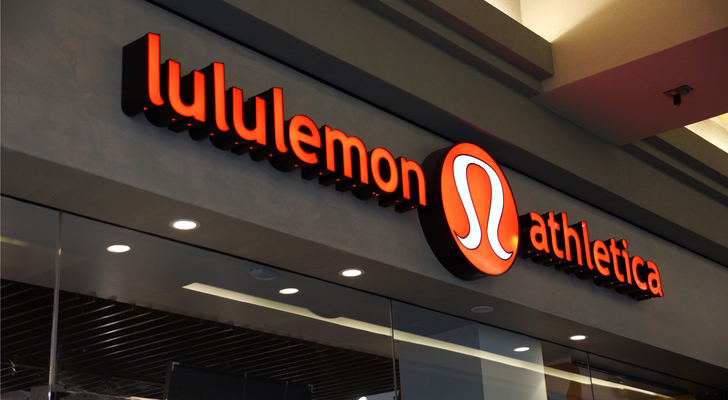 As I said in the piece about Vail Resorts, baby boomers are getting a lot healthier than people the same age from 20 years ago, so it’s only natural that they are doing all kinds of things to keep fit, including yoga.

Lululemon Athletica Inc. (NASDAQ:LULU) continue to capture a big chunk of the yoga apparel market, but anyone who follows the stock knows that it’s become more than just a place for yoga enthusiasts to buy their workout gear. It’s become a top choice for athletes of both sexes because it manufactures clothing that is both innovative and comfortable while providing a higher price point for investors.

Perhaps the biggest compliment that LULU could get as the premier athleisure company in the world is Nike (NYSE:NKE) opened 5,000 women-focused “pants studios.” Some experts see Nike as a category killer; I view it as a giant company reacting to the competition. Nike’s a great business but it’s not going to kick LULU off its perch by assigning space to pants studios.

If you believe in exercise, LULU is the stock for baby boomers to own, not Nike. 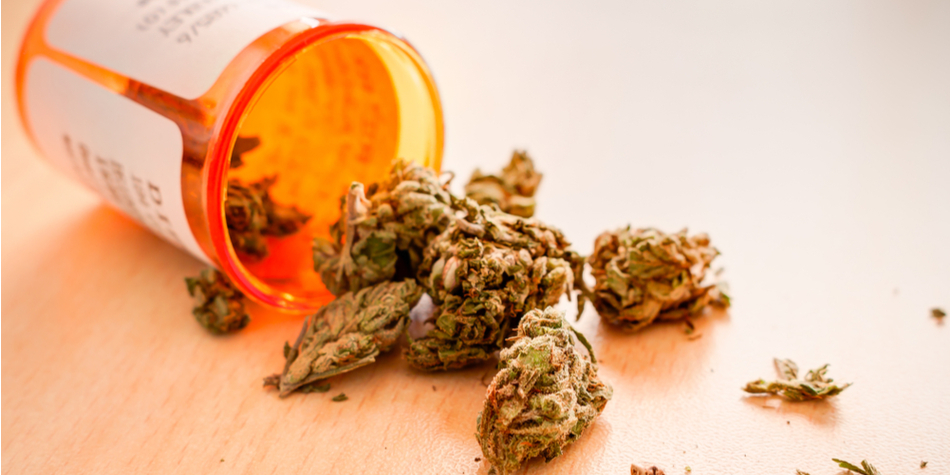 There’s no way I’d leave off at least one stock from one of the most promising industries and opportunities to come around in many a decade.

Aphria Inc (OTCMKTS:APHQF) has a $1.75 billion market cap and happens to be one of the industry’s lowest-cost producers and that’s going to be critical for provincial governments looking to reduce the amount of pot sold on the black market.

I’m not necessarily even thinking about the recreational use by baby boomers, but rather all the medicinal uses for pain issues that will continue to drive marijuana sales higher. I fully expect the top-line revenue from marijuana and marijuana-related products such as gummy bears to be considerable.

Canopy Growth Corp (OTCMKTS:TWMJF) might be the biggest, but in my books, Aphria is the best of the Canadian cannabis stocks. 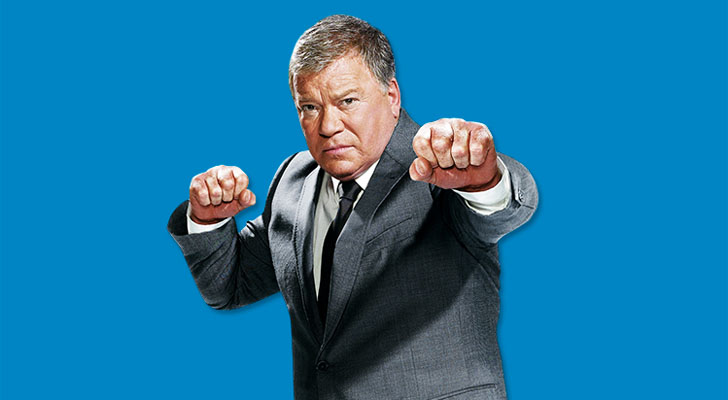 Baby boomers are going to do some traveling, whether it’s before they retire or after they’ve called it quits at work. The question becomes which travel stocks to bet on.

I’ve already highlighted cruises and skiing. Airlines typically are the ones that would get boomers to their final destination if they’re not driving, but hotels, casinos and various other industries also come to mind.

However, I’m going to go with the Booking Holdings (NASDAQ:BKNG), the company that wants “to help people experience the world.”

Many consumers remember Booking specifically for its “Name Your Own Price” proposition where you’d say you want to pay $150 for a hotel in Chicago and it would give you an option whose name would remain a secret until after you had accepted and paid for your room. I myself once used it to get a cheap fare to Destin, Florida from Toronto — not an easy undertaking.

BKNG stock’s revenues have grown every year for the past decade with free cash flow up by 41% compounded annually to $4.3 billion. My bet is on boomers continuing to make travel arrangements through Booking. All the other things are just the details.

We can’t forget traditional healthcare companies when we’re talking about the baby boomers but given how many stocks there are in the sector — including 155 which are over $2 billion in market cap according to Finviz.com — I think the prudent thing to do to cover the healthcare sector is to buy an exchange-traded fund..

Cheap is better in this instance because I’m just suggesting that you give yourself a little blanket coverage; I’m not suggesting you go with something tactical.

Therefore, with that in mind, I’d go with the Vanguard Health Care ETF (NYSEARCA:VHT), a portfolio of 372 healthcare stocks, all U.S.-listed large companies with a median market cap of $76 billion. The ETF itself has $7.2 billion in total assets, making it one of the largest 100 ETFs in the country, and its expenses are 0.1%, or $10 per $10,000 invested.

Baby boomers like to be entertained. Who doesn’t for that matter?

How they will spend their time over the next couple of decades includes attending live concerts and sporting events of their favorite performers or teams.

There are several publicly traded options to get your fix but the biggest pure-play entertainment company other than Walt Disney Co (NYSE:DIS), which don’t own any sports-related properties except ESPN, is Madison Square Garden Co (NYSE:MSG).

Majority owner James Dolan has got a bit of a bad reputation that didn’t get any better by having Charles Oakley thrown out of Madison Square Garden, but the assets themselves will continue to appreciate.

You would think I’d include a bank in a group of ten baby boomer stocks, but I’m more interested in providing ideas that will make you money than pumping Jamie Dimon’s tires.

Initially, I thought about Blackstone Group LP (NYSE:BX), one of the world’s leading alternative asset managers, but decided to go for a slightly smaller version in Brookfield Asset Management Inc. (NYSE:BAM).

CEO Bruce Flatt has expertly guided the company since 2002, building it into one of Canada’s biggest companies with approximately $250 billion in assets under management in many parts of the world.

In 2017, Canada’s national newspaper named Flatt its CEO of the year. Frankly, he could be one of the world’s best. Over the past 15 years, BAM’s stock’s averaged an annual total return of 17.4%, almost double the S&P 500.

I prefer BAM over BX, but both stocks will make you money over the next 15 years.

This is just bizarre…

We have just uncovered perhaps the most unusual stock we've ever seen.

It pays an enormous dividend.

Most curious of all… it trades under a secret name that virtually no regular investor knows.

Alex Green, our Chief Investment Strategist, just delivered his first-ever “TEK Talk” to deliver the scoop on this company.

You've got to see it.

What an amazing story. You won't believe it when Trump enters the fray midway through – what a shock!

P.S. A huge announcement – involving Trump, America's No. 1 tech company and $10 billion – could bring this secret $3 stock into the light. Find out what they have planned here.