The market has been on a roll over the past few weeks. Since late March, all three major U.S. market indexes are up by more than 30%. However, we are still facing a grim economic outlook, and investors shouldn't disregard the possibility of another market crash.

Since it always pays to be ready for difficult times, consider adding stocks to your portfolio that may help smooth out losses in case of a downturn. Here are two stocks that might do just that: Exelixis (NASDAQ:EXEL) and Netflix (NASDAQ:NFLX).

A cancer treatment stock worth buying

There's no shortage of biotech companies that focus on cancer treatments. The oncology market is one of the most lucrative — and one of the most competitive — in the industry. Even so, Exelixis has managed to differentiate itself.

The company doesn't boast dozens of cancer drugs in its lineup. Its revenue largely depends on just one product: Cabometyx, a tyrosine kinase inhibitor (TKI) that specifically targets cancer cells. This cancer drug is approved for the treatment of renal cell carcinoma (RCC), a type of kidney cancer, and hepatocellular carcinoma (HCC), a form of liver cancer.

What's so special about Cabometyx? Well, this medicine is a bit of an all-star within the RCC market, being the only one of its kind to achieve significant improvement in three key efficacy parameters: overall survival, objective response rate, and progression-free survival.

Because of this effectiveness, Cabometyx is highly successful in the RCC market. In the words of Exelixis Vice President P.J. Haley: “Cabometyx continues to be the No. 1 prescribed [tyrosine kinase inhibitor] in RCC, which is notable in the context of an increasingly competitive market.” 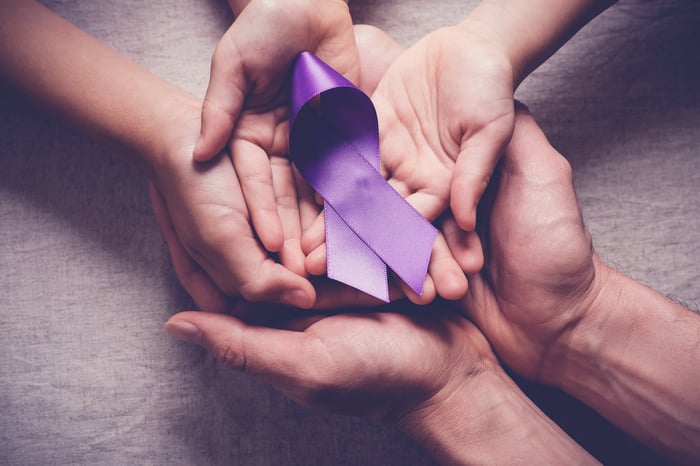 Cabometyx's future within the RCC market seems bright, and the drug is also making headway within HCC. Furthermore, the medicine is still undergoing dozens of clinical trials. Exelixis said it expects four new indications for its crown jewel in 2021. The company's revenue has been growing steadily since the approval of Cabometyx back in 2016, and I expect that trend to continue for the foreseeable future. This should help lift Exelixis' shares even higher. Those who buy this biotech stock today might be glad they did so in a few years.

About a year ago, many pundits were busy writing Netflix's eulogy, as Disney and Apple were gearing up to release their new streaming services. However, not only did Netflix survive the launch of Disney+ and Apple TV+, the company is thriving amid the pandemic. During the first quarter, Netflix reported about 183 million paid subscribers, a 22.8% year-over-year increase. The tech giant added 15.8 million new paid subscribers during the first quarter alone, easily beating its guidance of 7 millions.

The question for Netflix is whether it can continue growing its subscriber count in a post-pandemic world, particularly given the increasingly competitive nature of the streaming industry. I believe the company can. As management noted in their Q3 2019 letter to shareholders, each streaming service has a unique content library, and consumers are generally comfortable paying for multiple streaming subscriptions to gain access to these libraries.

For instance, Netflix's paid membership growth in the U.S. — where consumers also have access to Disney's Hulu — has been similar to the growth of its paid membership in Canada, where customers don't have the Hulu option. Also, most of those (about 80%) who subscribed for Disney+ also had a Netflix subscription.

That doesn't mean Disney+ and other streaming services aren't hurting Netflix, but the impact isn't nearly as bad as some had predicted. Given the large opportunity that remains available to Netflix in international markets, I believe the company will continue to add new subs at a decent rate and to grow its top line during the pandemic and beyond. In short, buying shares of this tech company today could be a wise move.