No-brainer stocks may be hard to come by in today's market. After all, the S&P 500 has rebounded more than 36% from the low it hit on March 23 and is within breathing distance of the all-time high it set on February 19, just a little more than 10% off its peak.

At the same time, the economy has gotten whacked by the COVID-19 pandemic, and most major economic indicators point to a deep recession. Traditional market metrics generally say stocks are overvalued.

Despite the challenges and the uncertainty for investors in the current market environment, there are still some good deals for high growth stocks that should do well regardless of what happens with the COVID-19 pandemic. Keep reading to see why Roku (NASDAQ:ROKU), JD.com (NASDAQ:JD), and Livongo Health (NASDAQ:LVGO) should be on your buy list. 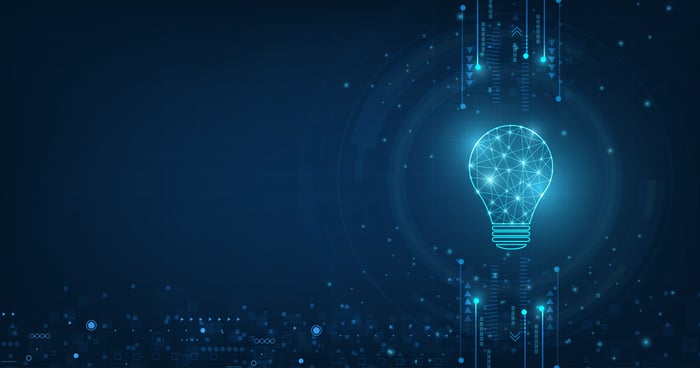 There's no question that video streaming has boomed during the pandemic. Netflix posted a record 15.8 million subscriber additions in the first quarter, while Disney+ eclipsed more than 50 million globally just a few months after its launch last November. With people around the world spending more time at home, sports on hiatus, and family budgets being slashed due to the economic impact of the pandemic, demand for video streaming has skyrocketed, and arguably no stock is better poised to take advantage of this shift than Roku.

Roku is the leading Connected TV (CTV) platform in the U.S. thanks to its popular devices and partnerships with Smart TV makers. According to eMarketer, Roku users make up a 32.9% share of all internet users in the U.S. and 46.9% of CTV users in the country.

The CTV platform also saw a boom from the pandemic as account activations jumped 37% from the prior year to 39.8 million, and hours streamed rose 49% to 13.2 billion. Those trends remained strong in April.

However, Roku's stock is still down nearly 40% from its all-time high last September as its advertising business has been affected by the crisis, and the company acknowledged that ad revenue and gross profit would grow at a slower pace this year than it had previously expected.

Nonetheless, the crisis is accelerating the shift from linear TV to the connected version, and the launch of AT&T‘s HBOMax this week and Comcast‘s Peacock nationally in July should only hasten that movement. The advertising business will eventually come back, and the value of CTV, which allows for better targeting and return on investment, is clear. Roku will capitalize on the surge in interest in video streaming, and the stock should eventually eclipse its prior peak.

When you think of e-commerce dominance, Amazon probably comes to mind, but JD.com, China's biggest online direct seller, looks like a better growth opportunity. The stock has a market value of $77 billion, meaning it could still appreciate by multiples from here.

China has weathered the coronavirus pandemic better than the U.S. and most western countries, and the economy, which was already one of the world's fastest-growing, is significantly further along in its recovery. China was already the world's biggest e-commerce market, and the pandemic has had a similar effect in China as in the U.S., accelerating the transition from offline retail to online retail.

In the first quarter, which included the peak of the COVID-19 outbreak in China, JD's revenue increased 20.7% to $20.6 billion, and the company saw a strong performance in general merchandise categories like groceries, where sales rose 38% to $7.4 billion. JD Health, which includes telemedicine and online pharmacy, also saw impressive growth with 65% revenue growth, and sales in that segment have now passed China's largest online pharmacy.

JD also has a fast-growing logistics business, and the company is a leader in warehouse automation, giving it a competitive advantage in fulfillment and delivery. The company should have a long runway of growth ahead of it as China's economy expands and e-commerce gains share in overall retail. Additionally, the stock looks cheap, trading at a forward P/E of just 28.4. For a stock with this kind of growth potential, that looks like a great price.

Livongo Health has been public for less than a year, but the cloud-based provider of chronic disease management tools is already making a splash. Its platform, which saves health insurance payers money by mitigating the risks of chronic diseases, primarily diabetes, has emerged as a company that's resistant to both a recession and the coronavirus pandemic. Per participant, its clients save $1,908 annually on average, and the stock has more than doubled in the last three months.

Livongo is growing fast, too. Sales more than doubled in its first quarter, jumping 115% to $68.8 million, and diabetes members enrolled in its program doubled to 328,000. Members receive “health nudges” after checking their glucose levels that remind them, for example, to take medication, exercise, or eat a healthy meal.

Clients, made up of institutions such as employers and labor unions looking to control healthcare costs, rose 44% in the quarter to 1,252.

At a time when most companies are pulling guidance for the year due to the uncertainty around COVID-19, Livongo raised its full-year guidance, calling for revenue of $290 million to $303 million, or growth of 70% to 78%. Considering the comorbidities between diabetes and COVID-19, Livongo could see demand increase during the pandemic as employers, insurers, and others look for ways to better manage diabetes and other chronic illnesses.

Livongo also has a huge addressable market in front of it as there are more than 30 million Americans with diabetes and more than 147 million with a chronic condition.

With strong momentum, a unique niche in healthcare, and a big market to penetrate, Livongo has a bright future in front of it.

On September 10, 2018, a tiny Cambridge biotech firm won a patent on a new kind of genetic software that can “Cut & Paste” any disease from your body.

This revolutionary new kind of treatment will not just change medicine –
It has the potential to eliminate genetic disease from our species.

That's on top of the $120 million Bill Gates and Google Ventures already invested into this.

Never before has so much money invested in a new treatment so quickly.

And because of that, it's going to create more millionaires than any other single breakthrough in history. More than the internet, more than computers, more than cars.

Investor's Business Daily estimates the market is worth at least $75 billion market.

But right now, its stock price is just a tiny fraction of that size.

That's if the company doesn't get taken over for fast 300% gains first.