Sometimes, stocks are a bargain because the company's prospects are being overlooked, and sometimes, it's just the result of a broader market swing like we're experiencing right now. There are also companies that are cheap because of elevated risk.

Costco Wholesale (NASDAQ:COST), Nucor (NYSE:NUE), and TPG Pace Beneficial Finance (NYSE:TPGY) each look like cheap stocks right now. They come with different levels of risk but offer investors a diversified mix that every portfolio should have.

Let's take a closer look at what many consider to be three absurdly cheap stocks at the moment. 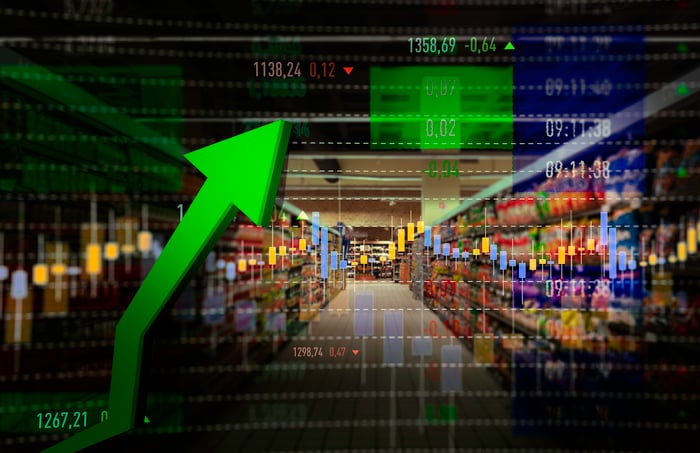 1. Costco: A deal for shoppers

Costco has long been a reliable destination for shoppers and investors alike. Now is a good time to shop for some Costco shares, too. The stock generated a total return of 28% in 2020 as the essential business benefited from pandemic shopping. The company that's known for treating its employees well also rewarded investors with a $10 per-share special dividend, which was paid to shareholders in December 2020.

But Costco shares are giving another gift to investors right now. Share prices have retreated more than 16% so far in 2021, bringing the stock to a valuation that's based on a price-to-earnings (P/E) ratio last seen in June 2019. In that time, the company's revenue has increased almost 20%.

Bottom-line earnings have also grown in that time. Earnings before interest, taxes, depreciation, and amortization (EBITDA) is up slightly less than revenue, as the company has increased spending during the pandemic with added safety and cleaning protocols and $246 million in what the company called “COVID-19 premium wages” during its recent fourth-quarter and full-year 2020 earnings call. As those added costs dissipate, even more of its growing revenue should make it to the company's bottom line.

Nucor is in the cyclical steel sector, and the P/E ratio isn't always the best measure of value, depending on where we are in the economic cycle. But at a given point in time, a drastic difference between current and forward P/E can provide insight into what's coming.

Based on 2020 earnings, Nucor stock is currently trading at a P/E of about 28. The company had a good year in 2020, even with pandemic impacts such as automotive-customer temporary plant shutdowns. That P/E doesn't sound cheap at first glance, but the company followed up its latest earnings report with a surprise business update on Feb. 9.

Nucor felt the need to provide the unusual update due to “positive economic trends and the robust demand we are seeing across our markets,” Nucor CEO Leon Topalian said in a statement. He added that the company expects to “significantly exceed Nucor's previous record for quarterly net earnings, set in 2008.”

Pent up demand in the automotive market, ongoing strength in housing and appliance demand, and growing renewable energy and data center construction are contributing to the outsized demand environment.

Since that company update, share prices have moved up 20%. But Nucor earned $1.83 billion in its record year 2008, compared to $721.5 million in 2020. If market demand continues and 2021 earnings even match that record year, the forward P/E right now is in the low double digits — approaching 10.

At this point, that seems plausible because Nucor management is typically conservative, and 2008 earnings dropped dramatically in the fourth quarter as impacts from the global financial crisis began. If business stays strong throughout 2021, the P/E ratio against those earnings, especially for an industry leader with the track record of Nucor, makes the stock look very cheap right now. 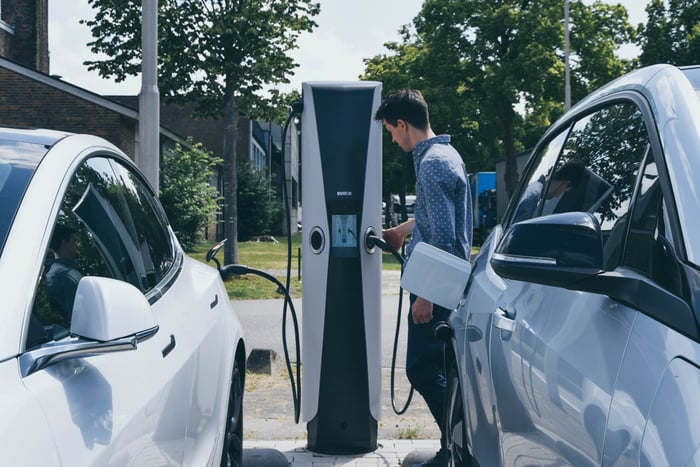 The recent correction in technology names has included speculative companies in the electric-vehicle (EV) sector. Those stocks had been rising as investors want to have a stake in the electrification of transportation. One asset group that has grabbed much investor interest has been special purpose acquisition companies (SPACs) that have merged with EV-related companies. TPG Pace Beneficial Finance is a SPAC that announced it plans to bring EV charging-station network company EVBox public through a merger.

EVBox is a 10-year-old company that owns Europe's largest EV charging station network, with a total of over 200,000 charging ports in more than 70 countries worldwide. That total has doubled in just over a year. EVBox also has a North American headquarters and expects the overall number of its charge ports shipped to grow at a compound annual rate of 65% over the next three years.

Many investors have jumped into SPAC mergers based on management's predictions for future business growth. Unlike conventional initial public offerings, companies planning these mergers are able to make estimates for sales far into the future based just on management discretion. EVBox, however, has only given investors a window into 2023 when it plans to be EBITDA breakeven, and not beyond. That seems responsible, as it should be based on more known information and not more risky assumptions that might not come to fruition.

EVBox — through TPY Pace Beneficial shares until the merger is completed, which is expected later this month — currently has an enterprise value of $2.2 billion based on shares and warrants to be issued upon closing the transaction. That gives the company a valuation multiple of about 8.1, based on enterprise value to estimated 2022 revenue. Using management's prediction for 2023 sales brings that much lower, but only looking one year out seems more prudent. In a sector with growth prospects as high as EVs, the shares look relatively cheap right now.

All sectors and businesses aren't created equal. Investors should recognize that valuation is relative. These three stocks are cheap in their own ways and for their own reasons.

It's always beneficial, though, to grow diversity in a portfolio. Even when the overall stock market has been in an uptrend, there are cheap stocks to be had. Adding all or some of these three stocks to a portfolio makes sense right now if they fit into an overall investing plan.