The easiest, and really most profitable way to get rich in the stock market is to identify companies with outstanding growth opportunities, competitive advantages over peers, excellent management teams, then buy them at reasonable prices.

Then, do nothing. Preferably, for years and years.

Not only do long-term winners give you get the benefits of compounding, but all of that growth comes tax-free until you sell. Seems much easier than day trading, right? And some big winners can make investors 10, 20, even a 100 times their money if held for a decade or more.

Where might one find such long-term winners today? Though it's never a sure thing that a stock will work out that well, the following three tech companies all have the aforementioned attributes. 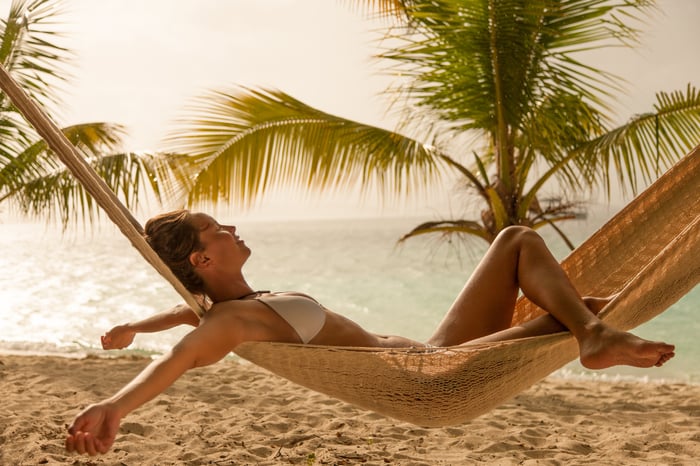 Sure, enterprise software and cloud leader Microsoft (NASDAQ:MSFT) has already been a 3,221-bagger since its 1986 IPO (yes, you read that right), but who's to say the company can't continue making fortunes for investors even from these lofty levels? After all, it was just a 1,000-bagger as recently as 2017, and has already tripled from there.

As Microsoft's recent earnings report showed, being a giant company hasn't prevented it from accelerating its growth rate, as both its Azure cloud and Xbox gaming platforms took off in the December quarter.

Revenue accelerated from 12% to 17% growth between the September and December quarters, on the backs of stunning 50% growth in Azure and 40% growth in Xbox, which had its first new console launch in seven years. Even more impressive, margins expanded, with operating income up 29% and earnings per share up 34% year-over-year. Even at an expensive-looking 34 times earnings, Microsoft's 34% EPS growth still gives it a PEG ratio of 1, which could actually be considered cheap!

And there's ample reason to think Microsoft's heady growth numbers will continue, as it plays in not one but several large and growing markets. Azure has become a very strong second-place contender in the enterprise cloud computing market, and many tech industry observers believe the transition to the cloud is still in its early innings despite massive growth over the past five years. And of course, customers can also buy a whole host of software from Microsoft as well, including the traditional Office suite, its high-growth Dynamics ERP system, and more recent innovations such as Microsoft Teams.

Video games is also a giant market, estimated to be just over $150 billion and growing close to a 10% clip through 2025. No doubt, Microsoft is set to grab a larger piece of that pie through the new Xbox console and streaming Game Pass subscriptions. Then there's increasing usage of social media, where Microsoft owns LinkedIn, the clear leader in business networking. And the company also owns code repository GitHub, which should benefit from the growth of software development worldwide.

Basically, Microsoft has a strong competitive position in several massive long-term growth trends, and has shown the ability to expand margins while capitalizing on that growth. I wouldn't expect the momentum to slow down anytime soon, making Microsoft a great buy-and-hold stock for years to come. 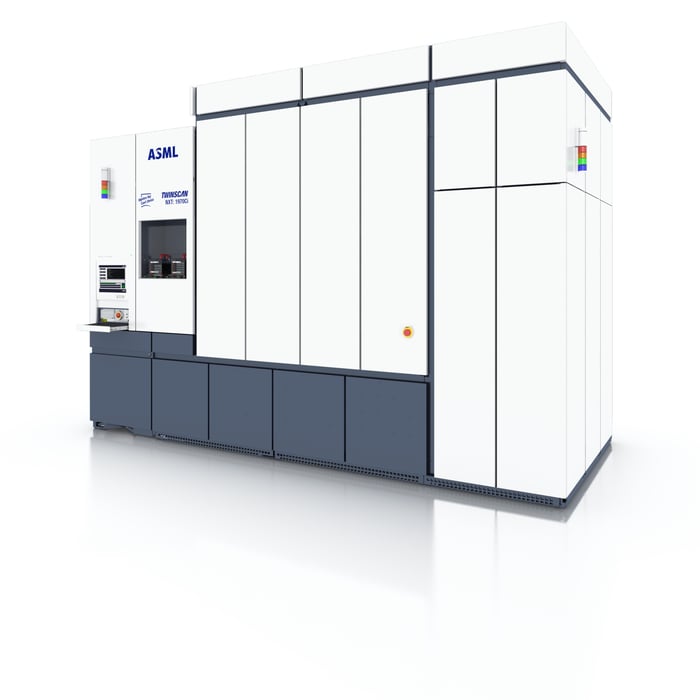 ASML Holdings (NASDAQ:ASML) also has some of the strongest competitive positions and growth prospects in tech. Though it may fly under the radar of some investors, as ASML is a European company and plays in the world of complex semiconductor manufacturing, it still deserves to be a household name.

After all, the only reason you have your new iPhone 12 with 5G capabilities is because of ASML's extreme ultraviolent lithography technology. And ASML is the sole provider of EUV in the world, finally cracking the code on this difficult technology after 20 years of painstaking R&D.  The technology uses extremely thin lasers to pattern chip designs down to a couple nanometers, and is crucial to producing smaller, denser, and more powerful semiconductors.

Basically, if ASML hadn't cracked the EUV code several years ago, leading chip foundries wouldn't be able to efficiently produce today's leading-edge chips. That would mean no 5G, less-efficient AI, slower cloud computing and less-compelling gaming consoles. So ASML is perhaps the most important technology company in the world today.

Investors are just now seeing demand for EUV take off. In 2020, ASML saw its top-line grow 18.3%, despite some supply constraints due to the pandemic. But like Microsoft, a lot of that revenue fell straight to the bottom line as margins expanded and EPS rocketed 37.8% higher. ASML also continued to repurchase shares, and just increased its dividend 15% as well.

Additionally, it appears that despite a strong 2020, the semiconductor market is booming and supply constrained. ASML's largest customer, Taiwan Semiconductor Manufacturing (NYSE:TSM) just announced a massive increase in its 2021 capital spending, which means ASML's machine sales could accelerate this year as well.

Over the next decade, advanced semiconductors will play a crucial role as the world becomes more digitized and automated, and ASML has the most important technology that makes all of this happen. It's a pretty good place to be. 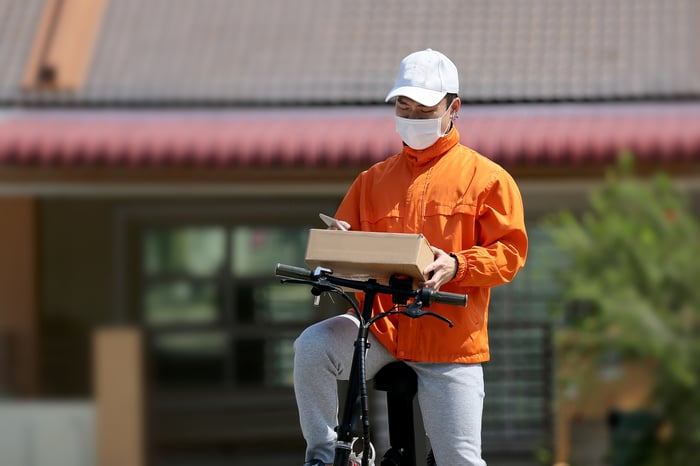 In terms of international exposure, Sea Limited (NYSE:SE) looks like one of the bigger long-term opportunities in e-commerce, video gaming, and fintech. Started in 2009 as a video game portal and messaging service for the Southeast Asian market (Indonesia, Singapore, Thailand, Vietnam, Malaysia, Philippines, and Taiwan), Sea has very quickly taken leading positions in video game development as well as e-commerce.

Its first in-house-developed game was Free Fire, which has become an enormous international hit, and Shopee, its e-commerce platform, has already leapt past competitors' market share in the region despite only having launched in 2015. Even better, Southeast Asia is still vastly underpenetrated in terms of internet penetration as well as e-commerce, so there is a huge growth opportunity as the region's e-commerce market is set to skyrocket from $38 billion today to $150 billion by 2025.

And Sea is now looking to become a fintech giant as well. To support payments on its e-commerce platform, Sea launched SeaMoney to facilitate e-commerce transactions in 2014. Though a small portion of the business right now, Sea appears to have much larger ambitions in payments and finance. In December, Sea was granted a digital banking license in Singapore, and in January, it purchased an entire Indonesian bank.

If all of this growth weren't enough, Sea is apparently now targeting Latin America as another under-penetrated geography which has as many people as Southeast Asia. Although it will have tough competition in challenging incumbent MercadoLibre (NASDAQ:MELI), remember that there were also e-commerce incumbents in Southeast Asia before Shopee came around and unseated them. Additionally, Sea may be able to piggyback on the success of Free Fire in the region to cross-promote Shopee.

In any case, Sea clearly has serious operational chops to have gotten where it has, and it has two large under-penetrated continents in which to expand. That's a recipe for big potential long-term gains, making it a strong buy-and-hold candidate for the emerging markets portion of your portfolio.

Read Next: Will this weird device be in your home soon?

According to one of the smartest men I know – a man once dubbed the “Tech Prophet” by Forbes magazine – there’ll soon be millions of these devices in homes all across America.

Chances are, your home will soon be one of them.

And as they appear all over the country in the next few months, they could trigger one of the greatest wealth creating opportunities in history.

I should be clear: the man making this prediction is one of the tech world’s most knowledgeable forecasters. His work has been praised by Bill Gates, former Google CEO Eric Schmidt and (if the legend is true) Steve Jobs.

So when he makes a prediction like this, however strange it may sound, I recommend you listen.

The good news is, he recently agreed to appear on camera to explain what’s going on, how it’ll impact you, and how it could make you many times richer.

The footage is free to view. You can view it by hitting this link right away (or clicking the thumbnail below).