This year has been a wild ride for Tesla (NASDAQ:TSLA) shareholders. The company hit its much-anticipated fourth consecutive quarter of profitability and announced a much-ballyhooed 5-for-1 stock split. Shares have gained more than 400% so far this year, but a look under the hood suggests there's still a long drive ahead.

Revenue of $6.04 billion in the second quarter of 2020 declined 5% year over year, and it was sales of government-issued energy credits for producing zero-emission vehicles — which amounted to $428 million — that provided all the profits for the second quarter.

Don't get me wrong: I'm a happy Tesla shareholder, but I also recognize that the risky company — along with its outspoken founder, Elon Musk — might not be everyone's cup of tea. Given the relatively low bar set by its financial performance, there are plenty of other stocks out there with revenue that is growing much faster than the electric-vehicle maker's, while also offering fantastic long-term opportunities. Here are three worth considering. 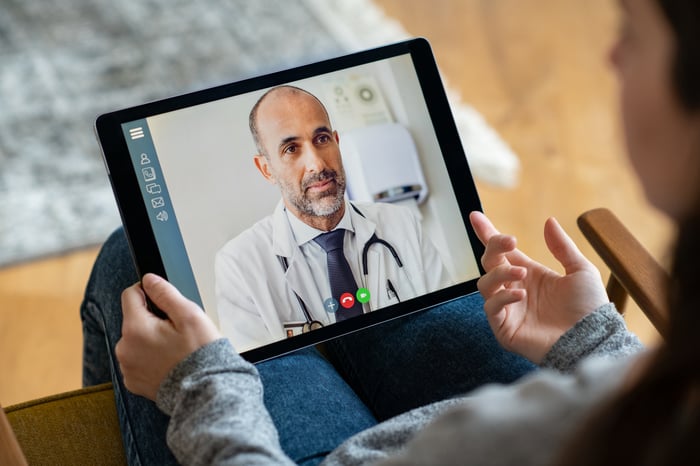 1. Teladoc Health: Disrupting medical care as we know it

With the pandemic as a backdrop, it's easy to understand why patients would be turning in droves to telemedicine options, which lets them see a healthcare professional via a secure videoconferencing app without ever leaving their home. The industry was already emerging at a brisk pace, but fears of contracting the coronavirus shifted that growth into overdrive. As the global leader in virtual care, Teladoc Health (NYSE:TDOC) was well-positioned to benefit from the trend.

Fast-forward to 2020, and its business has grown exponentially. Just in the first six months of this year, revenue grew 63% to $422 million, and Teladoc continues to edge closer to profitability. Even more impressive was its number of total patient visits, which soared 144% to 4.8 million — more than all of last year.

Once patients have experienced the ease and convenience of a telehealth visit, they'll likely stick with it. A recent survey of 1,800 patients polled by Doctor.com found that half of the respondents had used telehealth over the past three months, and 71% said they would use it today. In addition, 83% of the patients said they would continue to use telehealth even after the pandemic fades. 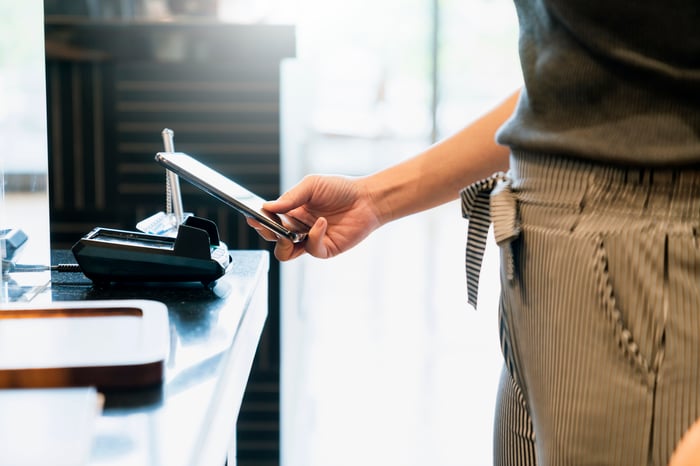 When investors think of Square (NYSE:SQ), they no doubt picture the company's namesake payments dongle that plugged into mobile devices, enabling a whole generation of small businesses. That pocket-sized device provided the foundation for what has grown into a fast-growing payments empire.

Cash App, the company's peer-to-peer payment app, is a small but growing part of Square's business, eliciting no fewer than 70 mentions in the company's second-quarter shareholder letter. Cash App registered more than 30 million monthly users, with 7 million using the optional Cash Card in June, double the amount in the previous-year period.

This is important because the app acts as a gateway to the full range of Square's portfolio of products and services, which includes Cash App, Cash Card, Boost, direct deposit, and even bitcoin investing. Customers that use two or more products have a higher lifetime value, generating two to three times as much revenue as those that merely stick with the Cash App.

The stickiness of its ecosystem is working. Second-quarter revenue of $1.92 billion jumped 64% year over year. While its gross payment volume (GPV) slipped 15% due to the pandemic, Cash App was the headliner, delivering revenue of $1.2 billion, soaring 361% year over year, while gross profit of $281 million increased 167%. Customer transactions increased to 15 per month, on average, an increase of nearly 50%.

The combination of accelerating customer acquisition, expanding product adoption, and growing frequency of use all point to Cash App driving Square's business for years to come. 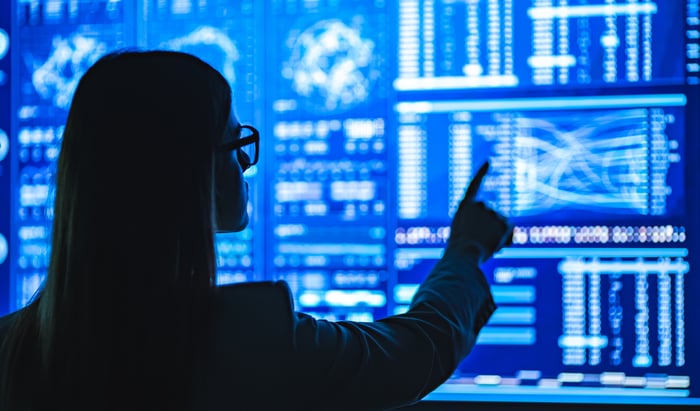 3. Datadog: Monitoring the cloud and more

Similar to the greater adoption of digital payment apps and telehealth solutions, cloud computing — which was already experiencing robust growth prior to the pandemic — shifted into overdrive this year. With more and more business being conducted in the cloud, a company's ongoing success often depends on the smooth operation of its websites and apps.

That's where Datadog (NASDAQ:DDOG) comes in. The software-as-a-service (SaaS) company provides real-time analytics and monitoring services that help ensure companies are putting their best foot forward, digitally speaking, and that their cloud-based operations continue without a hitch.

That's not all. In addition to monitoring servers, databases, tools, and services, the artificial intelligence algorithms can spot anomalies and predict failures, and notify customers before they go critical, resulting in costly outages.

Customers are clamoring for the security Datadog provides. In the second quarter, revenue grew 68% year over year to $140 million and the company also generated its second consecutive quarterly profit, a rarity among high-tech companies that are only about a year old.

Datadog's rapidly growing customer base is a key component of its success, up 37% year over year. Even more impressive was the increase of enterprise customers contributing in excess of $100,000, which grew to 1,015, up 71%. At the same time, existing customers are spending significantly more, as evidenced by its dollar-based retention rate of 130% — meaning existing clients are spending 30% more now than they did a year ago.

The company was already thriving prior to the pandemic, but accelerating adoption of the cloud has kicked that into overdrive.

You get what you pay for

These companies all share a common trait: they are high-risk, high-reward investments, similar to Tesla. Thus, it isn't surprising that they don't necessarily come cheap. Datadog, Teladoc, and Square are selling at 54, 18, and 10 times forward sales, respectively — when a good price-to-sales (P/S) ratio is between 1 and 2.

Additionally, only Datadog is profitable. Each of these highfliers is spending heavily to increase its market share, as the lifetime value of each new customer easily outstrips the current cost of acquisition.

That said, with solid top-line growth rates and fantastic long-term opportunities, each of these companies would be a good choice if Tesla isn't right for you — or even if it is.