Apple stock has been on an absolute tear recently. While the company's stellar second-quarter earnings report certainly helped matters, Apple's stock has also undergone a significant rerating by investors over the last two years.

Investors used to view the iPhone giant as a cyclical hardware-maker. Yet today, investors have begun appreciating Apple's steadily growing services revenue, which is tied to the growing overall installed base. In addition, investors are now appreciating even Apple's hardware products, as the 5G era should bring in long-term refreshment of phones, tablets, and earbuds, even if quarter-to-quarter patterns are a bit choppy.

After Apple's enormous gains over the past two years, investors may be looking for “the next Apple.” In that light, one tech sector is full of tech hardware companies that look a lot like Apple, financially speaking. In fact, they look better than Apple yet haven't rerated to Apple's valuation. While it's hard to say if a company will all of a sudden find new favor in the market, the following four companies look awfully similar to Apple not too long ago. 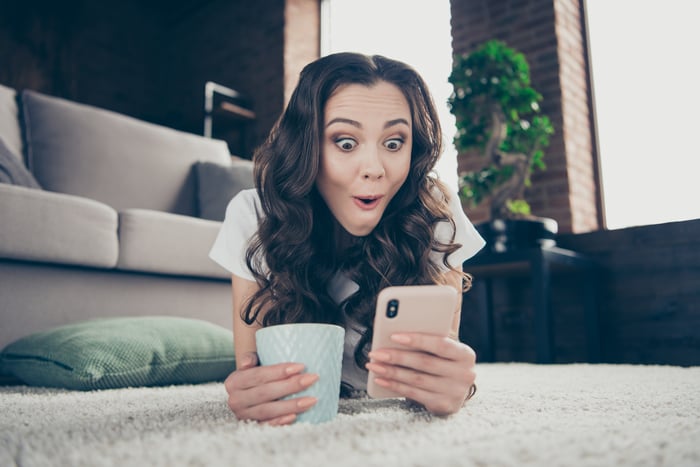 Semiconductor equipment companies make the machines that help produce leading-edge semiconductors, which are increasingly important in the era of 5G, artificial intelligence, and the technology cold war between the U.S. and China.

Fortunately for these companies, making tinier, more powerful, and customized chips is really hard to do, and getting harder with each new process node. That acts as one barrier to competition. In addition, because of industry consolidation over many years, there are only a few leading semi equipment-makers for each step in the highly advanced chip manufacturing process today.

Similar to Apple's hardware offerings, equipment sales can be lumpy year to year, yet the long-term trajectory is up, as the capital intensity of chip manufacturing is rising for each new node. Along with a largely recurring services portion of the business tied to the installed base, and you can see these companies look like Apple's brothers, financially speaking.

All of these companies are currently growing faster than Apple, all have higher services as a percentage of revenue, and all are cheaper than Apple's stock on a PE basis, except for ASML Holdings. That's likely because ASML is in great position for the next decade as the sole provider of EUV lithography, a key technology that enables the efficient production of leading-edge nodes on semiconductors. 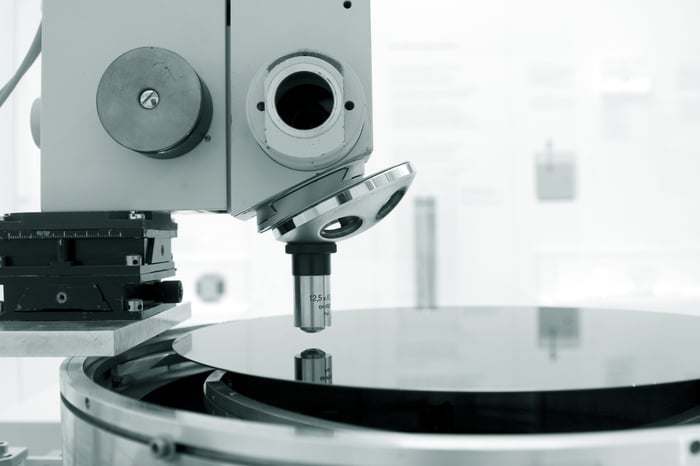 Should you sell Apple and buy these stocks?

While I would never encourage someone to sell as high a quality a stock as Apple, or one in which you might have to pay lots of capital gains taxes, I do think that if Apple investors wish to diversify their portfolios, the semiconductor equipment sector is a great place to look.

Like many tech companies, the outlook for all of these stocks over the next 10 years is bright; however, the lumpiness of their hardware sales makes them cheaper than highflying FAANG stocks or software stocks. Yet each company also has a strong services segment that should act as a baseline for revenue. Each company also pays a rising dividend to boot, which should help investors hold through the ups and downs. As such, the semiconductor equipment sector looks to contain some of the best combinations of quality, dividends, and value in today's expensive tech market.