You have to love author Ramit Sethi's boldness with the title to his best-selling book I Will Teach You to Be Rich. His lessons on personal finance really could help many people amass considerable wealth over their lifetime.

I'm not going to be quite as bold as Sethi, but my goal is similar to his. I want to help you get rich. More specifically, I'd like to assist you in getting rich over the next decade. Just how wealthy you can become depends on many factors, including how much money you have to invest upfront. Some of those factors are unpredictable, which is why I'm more cautious than Sethi.

The best way for most people to get rich is to invest in the right stocks. While there are always risks associated with investing, I think buying these three stocks really could make you rich over the next decade. 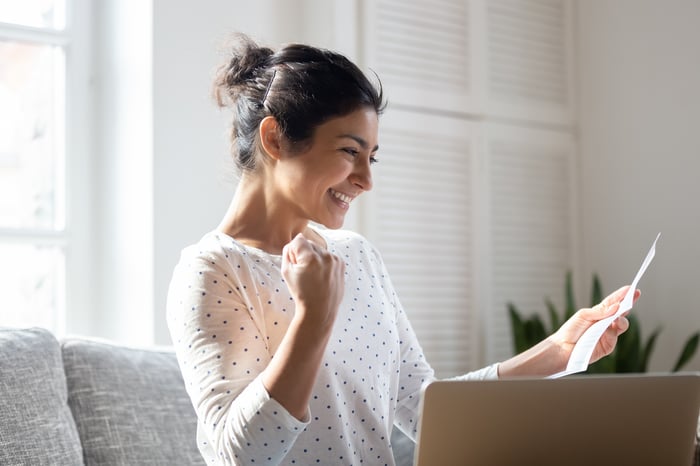 Innovative Industrial Properties (NYSE:IIPR) has already made some investors quite wealthy. Its shares have soared nearly 700% over the last three years. If you throw in the company's fast-growing dividends into the mix, IIP has delivered total return during the period of closer to 800%.

I think IIP should be an even bigger winner over the next 10 years. Why? We first need to understand the company's business model. IIP is a real estate investment trust (REIT) that focuses on the medical cannabis industry. It buys properties from medical cannabis operators, then turns around and leases the properties back to them.

IIP currently owns 63 medical cannabis properties in 16 states, up from 46 properties in 14 states at the end of 2019. All the company has to do to keep growing is conduct more sale/leaseback transactions. That shouldn't be a problem.

Investors who bought shares of Trupanion (NASDAQ:TRUP) five years ago have enjoyed returns of over 1,000%. More than half of those gains have come in 2020. I'm confident that this is a great stock that's just hitting its stride.

Trupanion ranks as the fastest-growing provider of medical insurance for cats and dogs. Its plans offer comprehensive lifelong coverage for pets. These plans also give pet owners the freedom to choose any veterinarian. Veterinarians like Trupanion because it's the only pet insurer with software supporting the direct payment to vets for appointments.

Trupanion is in an even stronger position to boost its market penetration thanks to its tight relationship with Aflac. The big supplemental insurance company recently bought around 10% of Trupanion. Aflac and Trupanion plan to work together to market pet insurance at worksites in the U.S. and explore opportunities in Japan.

DermTech (NASDAQ:DMTK) hasn't delivered gains as impressive as IIP's and Trupanion's. It's much smaller, with a market cap below $300 million. DermTech is also riskier than the other two stocks. However, I think it could be a massive winner over the next decade.

The company's name hints at what it does. DermTech uses genomics technology to diagnose dermatological conditions, specifically skin cancer. Currently, most skin cancer diagnoses are made by a visual assessment that leads to a surgical biopsy. DermTech uses an adhesive patch that is applied to and then pulled from the skin to get a sample. This sample is then sent to a lab for genomic testing to determine if cancerous cells are present.

DermTech's approach lowers the cost of testing for melanoma by roughly 24%. It's also much more accurate than conventional skin biopsies, which are 17 times more likely to miss a correct diagnosis of melanoma.

More Americans are diagnosed with skin cancer each year than all other types of cancer combined. Around 20% of Americans will develop skin cancer by age 70. DermTech has an addressable market of $10 billion per year in the U.S. alone. If the company succeeds in capturing a significant chunk of this market, DermTech — like IIP and Trupanion — just might make investors who buy now rich within a few years.

Bonus Pick: The #1 5G Stock to Own Right Now

Have you seen this new 5G Weapon yet?

Scientists are calling it an “entirely new type of weapon.”

They say it's virtually “impossible to defend against.”

The Pentagon says building these new 5G Weapons is their “#1 Priority.”

Just 40 days after Trump signed the bill, the Army said of these new 5G Weapons, “We're going to make a lot of them very quickly.”

And at the center of this “unstoppable” weapon is a small company.

It's only a fraction of the size of the biggest defense contractors like Lockheed Martin, Boeing and Raytheon.

But it beat out all of those company to become to the first to manufacture these new weapons for the United States.